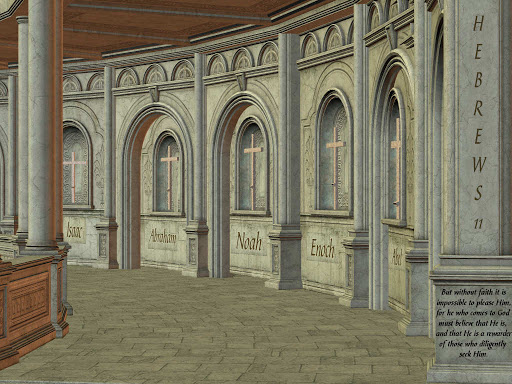 In Hebrews 11 the topic of faith is explained this way:
“Now faith is being sure of what we hope for and certain of what we do not see” In other words, faith is not wishful thinking, but certainty and assurance in spiritual matters, reminding us that God always keeps his promises. In looking at some of the people of faith listed in Hebrews 11 we get a better picture of what faith in action looks like.
Consider Noah for instance. In the Genesis account of Noah and his family we learn that the world was in deep decline in their rejection of God. They not only rejected God, but they mocked God. (Genesis 6) Not unlike today. So here are some faith lessons we learn from the life of Noah.

The second lesson on faith is:

The third lesson on faith:

Today we would consider that to be a major failure in evangelism. But God is sovereign and the same opportunities that were granted to those in Noah’s day are being offered today through the witness of the church. God rewarded Noah for his faithfulness and when the time was right, God opened the doors to a whole new world. Noah’s response was to build an altar and offer a thanksgiving sacrifice to the Lord for his faithfulness. Obedience to God’s word results in blessing from God and gratitude from those that love Him expressed in worship.

The final faith lesson from the life of Noah:

Good lessons for us to remember today.
Be blessed and stay safe.